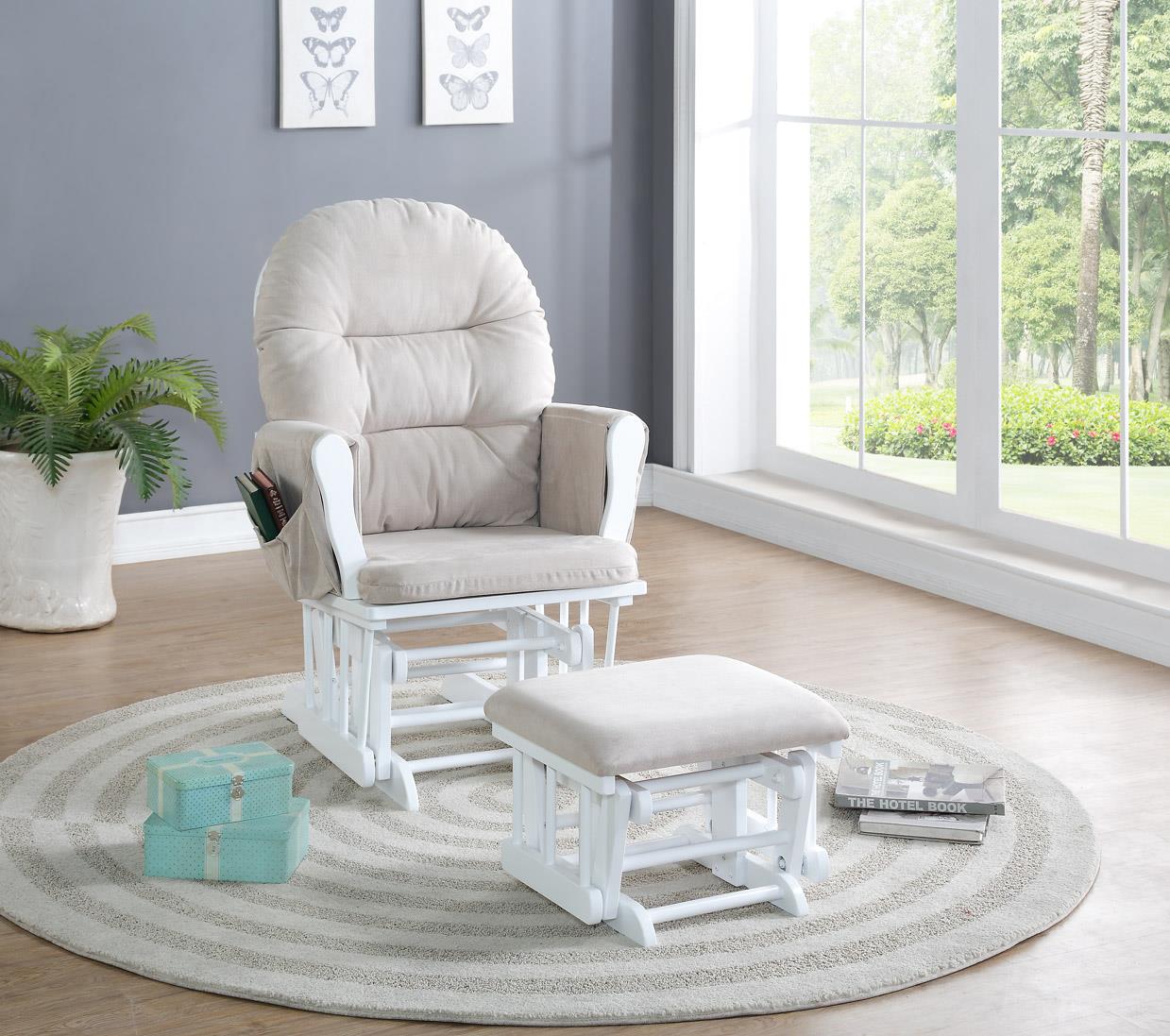 A glider  and ottoman set is a highly useful product especially if you have a baby at home. The rocking motion is relaxing for the baby and can use it to feed your baby, trying to put the baby to sleep and so on.  But, there are many different types and brands of gliders and ottomans available in the market. So, it can be confusing for an end user which one to get. First of all, it is important to understand the difference between a traditional rocker and a glider. Many people confuse between these two and end up buying a normal rocker instead of a glider. A rocker is a normal chair which moves in the shape of an arc, front and back. It is quite simplistic in its design and the features it offers. But, a glider is a highly versatile product. It offers a lot more features than a simple rocker and provides more comfort to a nursing mother. It comes in different types, designs and styles. It has a linear motion path making it smoother gliding motion compared to a rocker. This also makes a Glider a lot less likely to tip over. Most gliders come with a matching ottoman. But, you can order a matching ottoman separately if your glider doesn’t come with one. Most of the high quality gliders come with a footrest which would not present in a rocker except the customized ones. Some call a glider an updated model of a rocker, but it is a lot more than that. A traditional rocker occupies less space in the room when compared to a glider and ottoman set. If your room is small or you don’t want to set aside too much space for such a furniture in the living room or in any room, then it is better to go for a normal rocker instead of a full-fledged ottoman and glider set which can take up more space. Cleaning a traditional rocker is also comparatively easy since it is a smaller product with a simpler design.

Even though a glider being larger in size can be considered a negative in comparison with a rocker, it is large in size only because it is rich in features. For instance, the Naomi Home Brisbane Glider is typically provided with extra padding so that a nursing mom feels more comfortable when she is on the glider. The Glider also comes with a matching gliding ottoman.  It has pockets on the sides to store things which may be essential while nursing the baby so that she doesn’t have to disturb the baby as she doesn’t have to get out of the glider to fetch things needed while nursing the baby. There are other gliders that have 360 degree swivel function along with the gliding motion, like the Naomi Home Odelia Swivel Glider. There are plenty of things that make  Gliders more feature rich and comfortable than a Rocker.

The design of a glider is such that it wouldn’t accidentally damage the little fingers of the baby during the gliding motion back and forth. But such risks always exist with a traditional rocking chair. The presence of a fixed track in a glider makes the back and forth motion very smooth and safe for the baby. It is quite clear that a glider and ottoman set is a much better option than a traditional rocking chair even though it is a bit more expensive than a rocking chair.